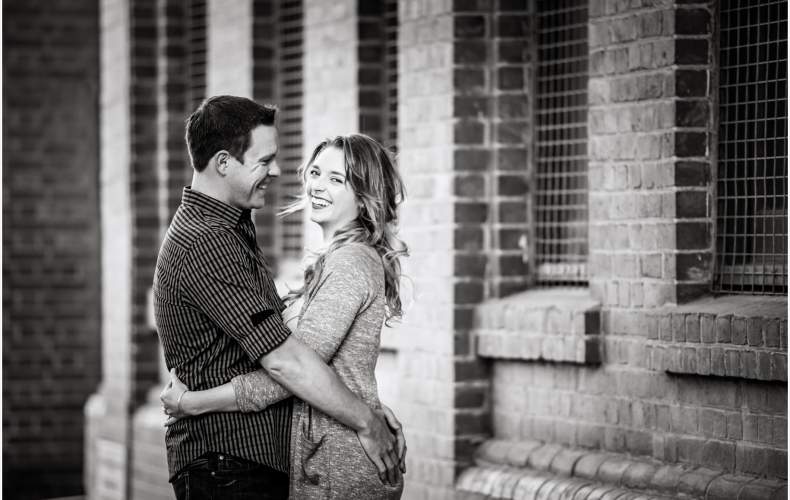 Justin and Ashlee met when Justin was playing the role of ‘wingman’ for a friend, and was dancing with one of Ashlee’s friends. A few weeks later, they were instead dancing with each other, and talking about how Ashlee didn’t have a ‘Tentland’ ticket to the races in Port Headland. Justin offered his spare so she could come with him; Ashlee accepted, but left without giving Justin her number. “I thought if he wanted it, he would find it’. Later in the week she was asked permission from her friend to pass on her number to Justin, and played the cheeky ‘Sorry, who is this?’ card when he messaged her.

The rest was history; the couple have a lot of fun together, and with Justin working ‘week on, week off’, the opportunities for adventures are endless. “We love to travel, we have done Europe, New Zealand, Thailand, Bali, America and Canada – we have the bug! But when we are home, we just love hanging out with our friends around the pool, at BBQ’s, going camping and fishing, Justin has a few boats and fishing and crabbing in Headland is epic!”.

I met the couple for an engagement photo shoot when they came back to South Australia to visit some family. Family is a big part of their lives, and they were part of the engagement too. The couple were at Justin’s parents place before Christmas, helping out as his mum had just had a hip replacement. The plan was that she would go and get some fresh food, and he would go to get the seafood and pick up his brother. At 4pm he had come back quite late and with no brother! Little did Ashlee know, he had been and bought the ring, and to the pub to celebrate with some mates!

“The next day we had a heap of family and friends come over and spend Christmas Day with us, and my poor friend Amanda got a tummy bug so spent the whole day in bed!” As is tradition in the Limpus household, a shed party ensued, with the new party lights adding to the fun. Suddenly, Amanda emerged from her sick cave…”then someone turned the lights on and I thought they were killing our party!” Instead, Justin came up from behind Ashlee, and dropped to one knee, pulled out the ring, and asked Ashlee to marry him. “My natural response was ‘are you joking?’ I was completely stunned, when Justin said no, the only response that came out of my mouth was ‘oh my god’, followed by a yes! Suddenly all of the antics of the day before made sense!”

In the future, they want to remember their time now as having lived life to the fullest, with no regrets, and having had a blast doing so! I have little doubt that there are still a lot of adventures to come for this couple, and I can’t wait to join them on one of the most special adventures – their wedding day!