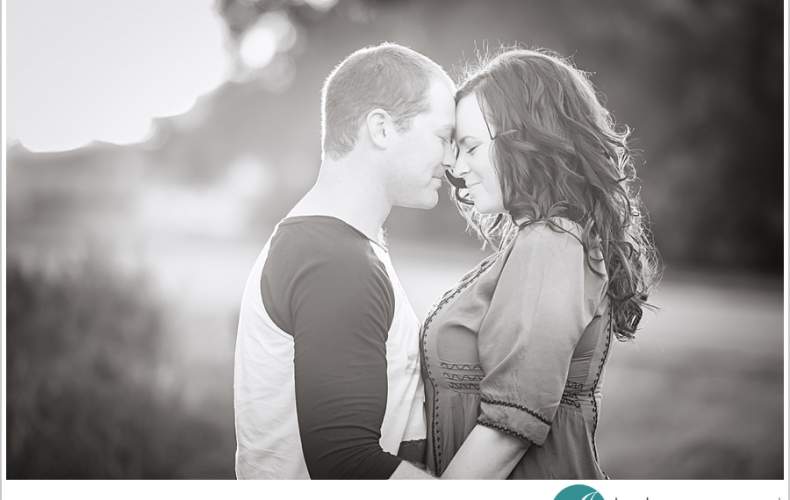 It took Summer some time to warm to James – despite sharing a few smooches on their coincidental meetings, Summer had plans in motion to move to Adelaide and she wasn’t ready to step into a relationship just yet. Along the way they laughed through awkward morning after’s where they were busted by both of Summer’s parents on separate occasions, and friends could see there was something special between them.

JAMES: (The night of Summer’s Christmas show) Summer was wearing a navy blue dress with white dots all over and red lip stick and to be honest I thought it looked hot. (She tried splitting her time between work friends and me) and soon we were talking again, next minute I had red lip stick all over my left cheek and neck and on lips! My mate turned around and started laughing at me as Summer went off to the toilet, and he said ‘well looks like you’re taken for the night’ with a cheeky laugh.

James was sure taken with the beautiful Summer, but Summer was still resisting.

SUMMER: I am very close with my mum and we ended up having a conversation about it where she asked me to name the reasons I wanted to move…. One of the reasons was that I wanted to meet someone and I didn’t think that would happen in Lincoln. She pointed out that I had met someone and maybe it was worth giving him a chance. She reasoned that if it didn’t work out, I was moving to Adelaide anyway so why not give him a go. Of course she was right so I did and we have been together ever since. 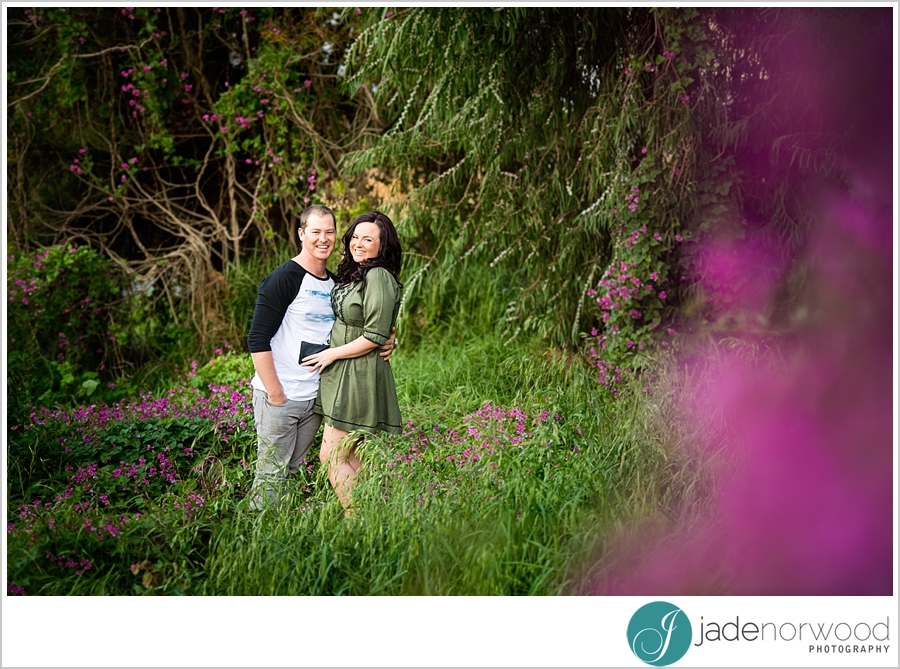 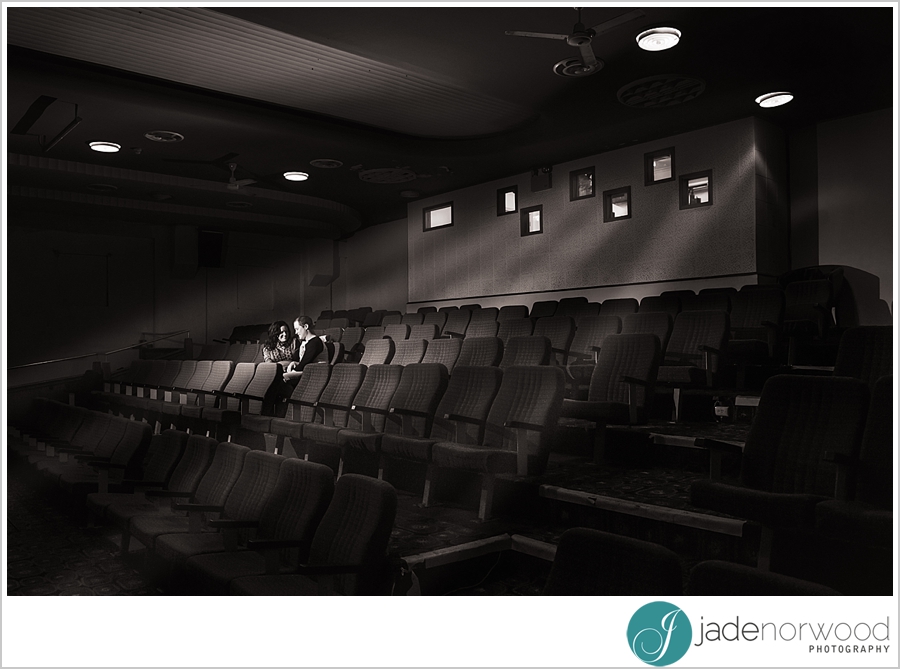 S: The proposal was something that I knew was coming, we had spoken about marriage quite early in our relationship as we both felt that we were just ‘right’ for each other and couldn’t imagine ever being with anyone else.
J:I took Summer down to the jeweller’s to speak with the jeweller him self so he knew what Summer liked and didn’t like for her engagement ring. I know it’s not the right way to do things but I didn’t want to buy something for Summer that she didn’t like and to be honest I’m not really all that good picking out jewellery! When I got back from work I went to the jeweller’s to have a look at the ring – “OMG” –  the ring looked unreal! I’m not much of a jewellery person but I knew that Summer would love this ring.
S: I knew approximately how much it would cost and I knew how much James had paid so I still thought the proposal was at least a month away. We have ‘date nights’ once a month and we had one planned on a Friday night. We were running late and I was cross after a stressful day at work so was a bit of a snappy tom.
J: Little did Summer know that I had some cash stashed away in another bank account. I then came back from work again and headed straight into the jewellery shop and paid for the rest of the ring. I was trying to work out a way to ask Summer and then I said to myself – I have to do it before we go out for tea. I was waiting for Summer to get ready and this is when it really hit me, I was so nervous I didn’t want to talk to her in case she knew something was going on!
As they were about to leave, James told Summer to close her eyes as he had a surprise for her – she laughed, asking why did she have to close her eyes – it wasn’t like he had her ring. So when Summer opened her eyes and saw James on one knee, the tears started flowing.
S: Of course I said yes! We then went out to dinner and because we live in a small town I had to take the ring off as we didn’t want anyone knowing until we had told our families. We both had the widest, stupidest grins on our face the entire dinner and I don’t think I’ve ever eaten so fast in my life! I just wanted to leave so I could put my ring back on! 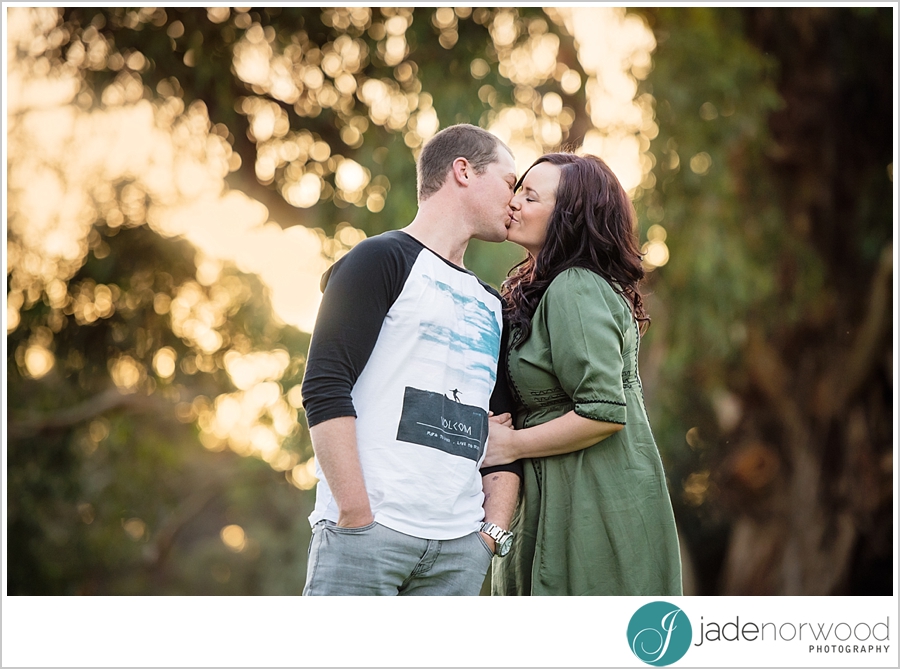 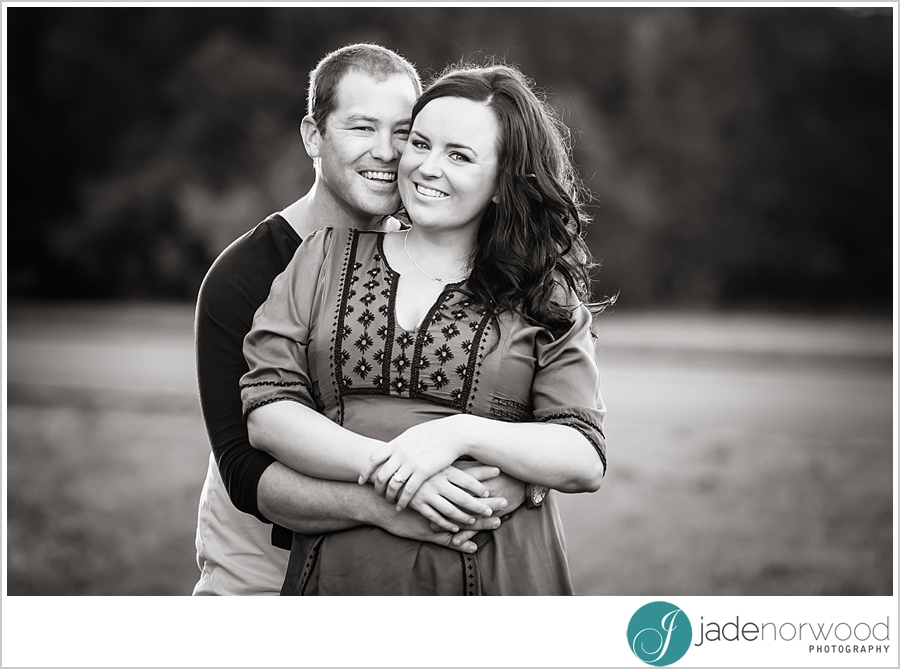 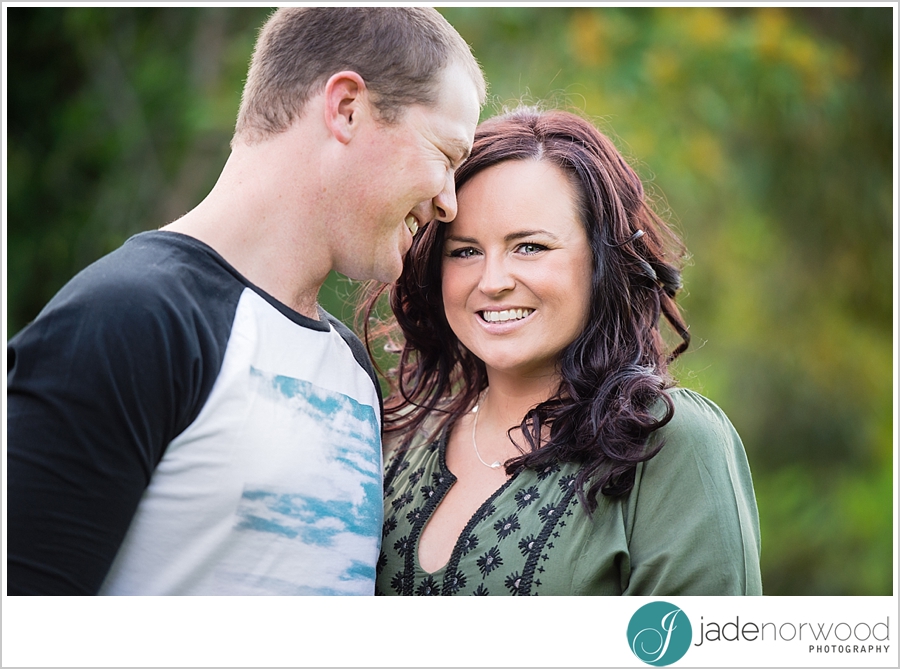 J: The thing I love about Summer is her personality, she makes me feel so loved and looked after when I get home from work. She is happy to see me and gives me kisses and cuddles and cooks me yummy dinners. Summer is loyal, she is always looking after people and is a massive smart-arse. Something I love about Summer is how up – front she is. She calls a spade, a spade and I always know how she feels about things…. if I’m in trouble, I know about it! We are very comfortable around each other which is something I’ve never had before. There are no words that can explain how much I love Summer she is my rock and of course my best friend.

S: Something that makes me laugh about James is his terrible spelling! Also the fact that when he is having a serious discussion with someone or explaining something he always manages to use the word ‘realistically’. He has no idea that he does it but he must have said that word a million times in his life! In the end his ‘country boy’ attributes were what made me fall in love with him. He is such a loyal person and so kind! To a fault sometimes! He will always give people the benefit of the doubt and will do anything to help out a friend in need. He is a very touchy feely person and always telling me he loves me. This was something I found hard to get used to as I am not like that at all, we have had to learn to meet halfway. He tells me that I am beautiful and that he loves me every day, how could a girl resist that?! We have felt so comfortable with each other from the start and he is the only partner I have ever had where I know he will never lie to me. We have a very open relationship, we both know that we can discuss anything with the other and everything is out in the open, nothing is ever hidden. 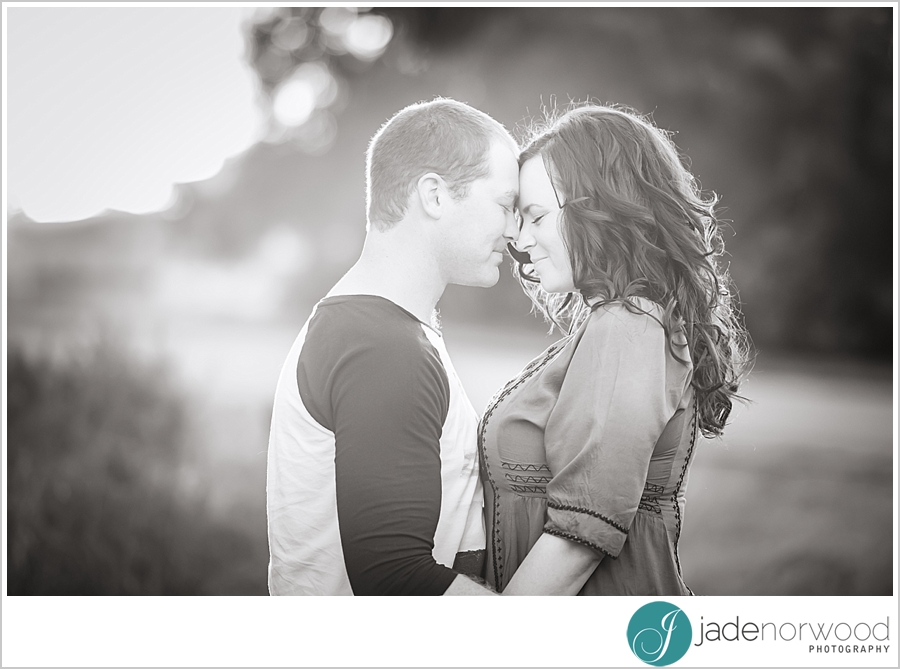 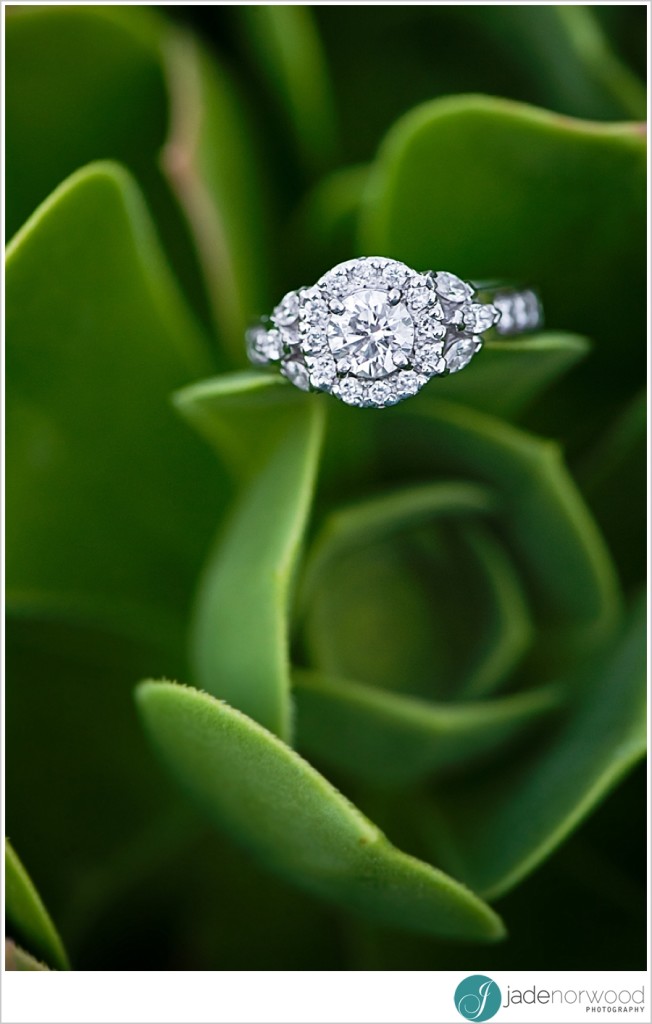 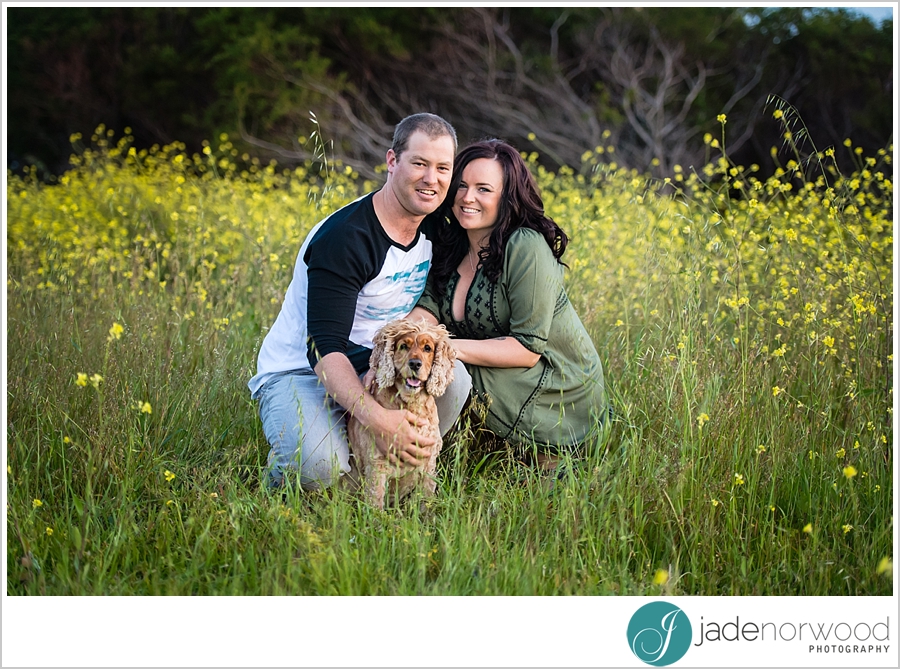 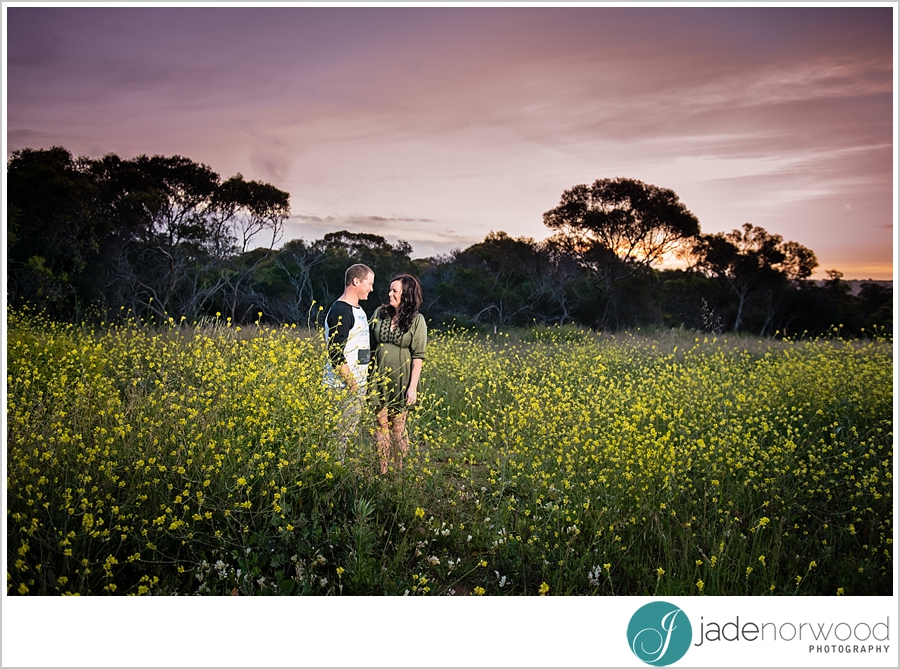 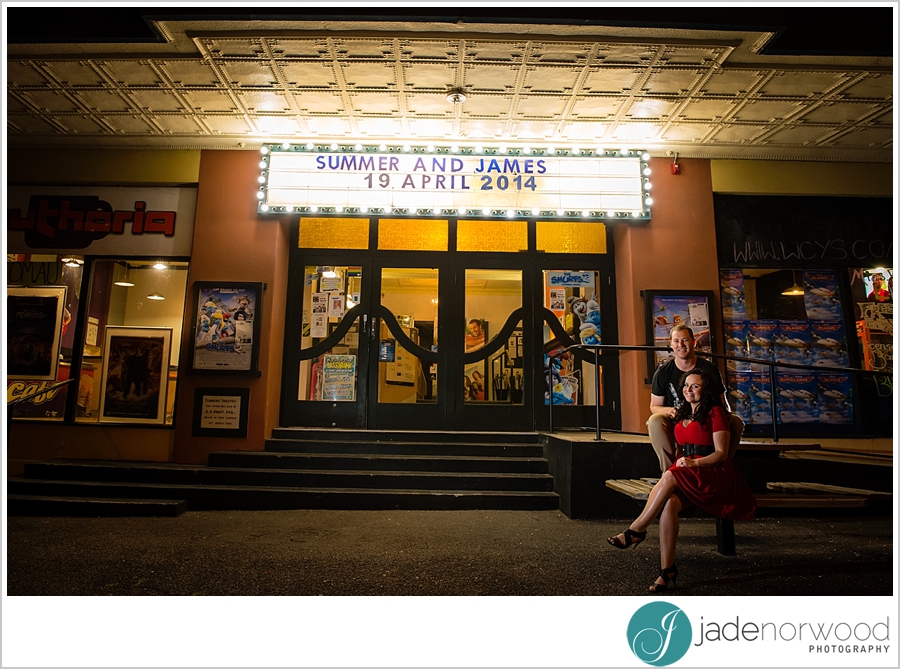 S: The thing I want to remember about our relationship right now is just the excitement and anticipation. We are so excited about getting married and starting the next chapter of our life, starting a family. 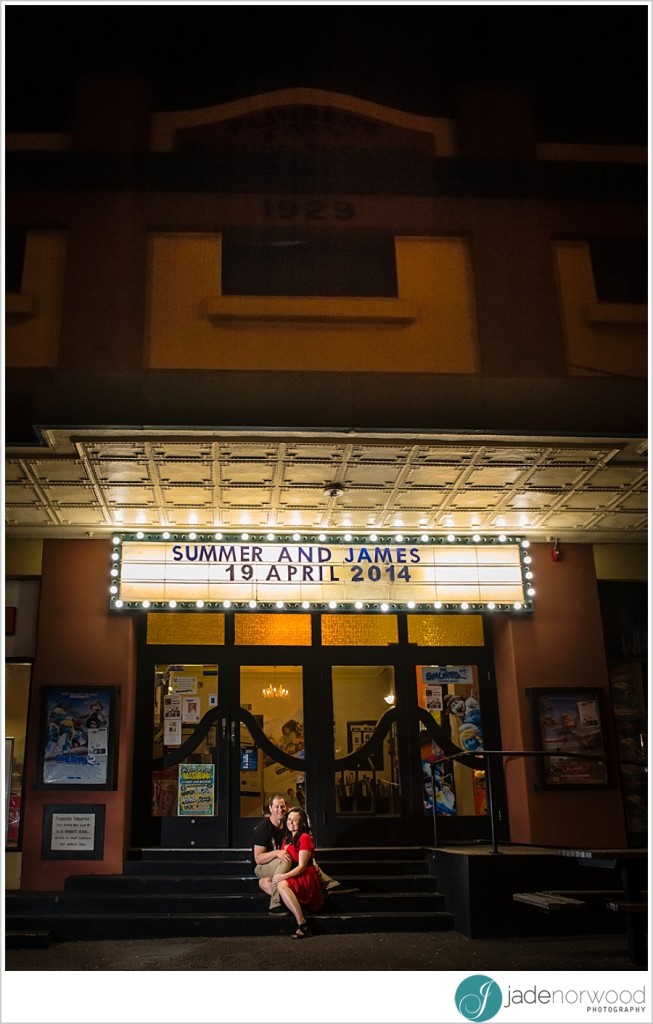 Note from Jade: I had so much fun meeting you both, LOVE LOVE LOVE that you guys thought outside the square! Omg that ring.. WOW… You guys are such a loving couple, I already know your wedding day is going to be amazing, I cant wait to be part of it; Summer you are going to be a gorgeous bride… Bring on April 2014, what an awesome month I have ahead… xx