We sat by the computer listening to the ABC digital radio and waited for the game to begin.
I was so excited for the Aussies…. With each goal I would clap, and then I would listen intently
waiting for the aussie defenders to get a tip and turn the ball over. I must say I was a little worried
that New Zealand had it over the Aussies at half time.. I really thought that with the team we
had out there we should have been much closer.
When the full time whistle blew and it was all locked up, I got to the edge of my seat, and turned the sound up even more,
some how thinking that was going to help!!
I was so excited when cbas goaled putting the aussies 1 goal up with 8 seconds remainding on the clock.
Australian Netball Diamonds World Champions 2011.
A big congratulations to Nat Medhurst on being awarded with player of the match. 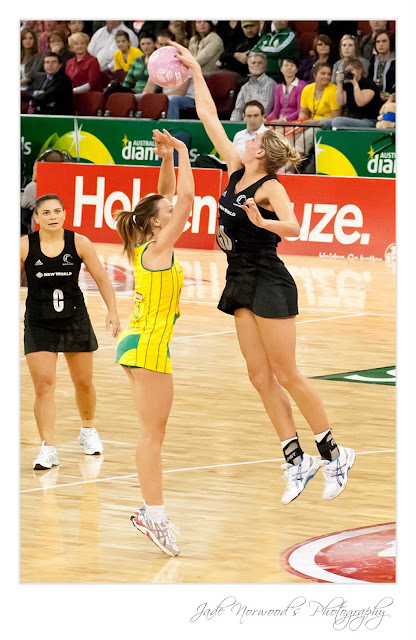 This is a photo taken in 2010 of Nat Medhurst the player of the match in the Gold medal game
CONGRATULATIONS Diamonds!!
Australia No 1 Netballers…