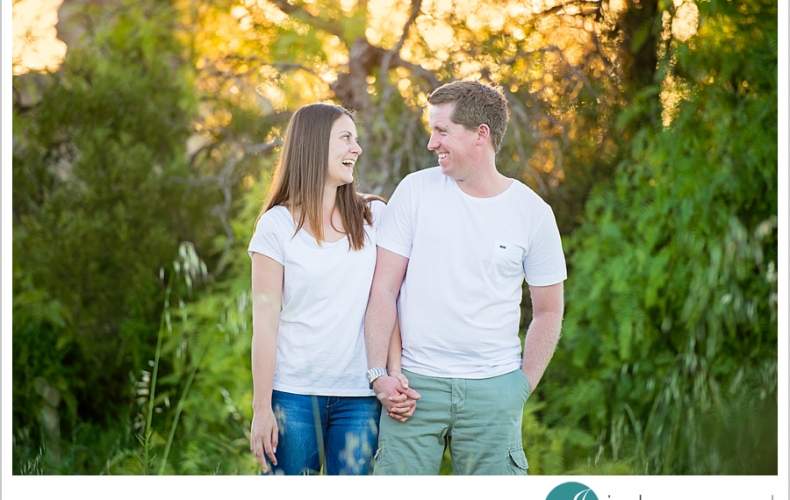 A few weeks ago I travelled to EBA to meet Natasha & Quentin for their pre wedding/engagement photos. We chatted for a little while about the plans they have for their wedding day before we set off to a few different locations. They are both such lovely people, and we had so much fun, with lots of laughs!

Beej and I now get our couples to answer a few questions about their relationship; so that we can get to know more about them, and in turn provide a service more tailored just for them… Have a scroll down and get to learn more about the lovely Natasha and Quentin. 1. Tell me how you first met?
Quentin: I always noticed Natasha walking to the bus stop. Seeing her made me feel happy.
Natasha: We first met at the front of my house the Wednesday after June long weekend. We chatted for a while.
We were both shy so we talked on and off for a few months.
Quentin’ s cousin Calise acted as our match maker. She had planned that we would officially meet on this one Saturday night (she had it all planned). I was working at the Wirrulla Pub in the kitchen and we were very busy. Calise kept coming in to see if I was nearly finished ( she even did some of the dishes to hurry me up). Once I had finished Calise had me at the bar talking to Quentin straight away – she didn’t want any time to be wasted. We talked till the pub closed. I was really nice. It was a great night – a bit embarrassing as my parents were there. My mum thought it was great and invited Quentin for a roast the next night.
Our relationship continued from then on. 2. When did you know he/she was the one? Was there something he/she did?
Quentin: I had known for quite a while because of the way Natasha cared for me. Her support through my medical condition made me realize that she was here for a long time not a short time.
Natasha: After we were apart for a short time I felt that I was not as happy as when I was with Quentin. I tried pushing him away due to issues within my family but it was his support that I needed most. That’s when I knew that I couldn’t be apart form Quentin. 3. Tell me about the proposal. (Did you see it coming, how long was it in the planning? How did you feel?!)
Quentin: We were at Darwin on our family holiday on October 2010 and I had started to think about proposing to Natasha. I was planning to get the ring when we got back to Adelaide but I was never alone when we went shopping. Late October I found out I was sick so I didn’t worry about it. March 2011 I had my operation and was on the road to recovery. As we had to travel back and forth to Adelaide for the rest of the year I had plenty of chances to buy the ring that I knew Natasha would love. I had planned to propose to Natasha on February 10th 2012 which is our anniversary, but our friends were getting married on the 11th and I wanted the weekend to be their special day. So January 10th 2012 was the date. I asked Natasha’s parents the night before for their permission. They both said ‘yes’.
I had organized to go out for tea at the Streaky Bay pub and then to Eba sandhills to watch the sunset. I secretly packed wine and glasses. While we were watching the sunset I surprised Natasha with the wine. I was a bit nervous. I went to the ute and grabbed my jacket and the ring. I walked in front of Natasha and got down on one knee and asked her to marry me. She said ‘really’. I knew she didn’t see it coming. She got a bit teary and finally said ‘yes’. I felt so relieved and happy.
Natasha: I didn’t see it coming. Looking back now I feel terrible because I didn’t even want to go out that night – I felt flat and just wanted to stay home. During tea Calise and Milton walked into the dinning room and joked about Quentin popping the question. We both laughed it off – well I did. Quentin suggested heading to Eba to watch the sunset. I thought that that would be lovely. It was a little cold with a few clouds. But it was nice just the two of us. Quentin seemed to keep going to the ute – he did surprise me with wine, but he does that some times. Next minute Quentin was down on one knee and asked me to marry him. I was so excited and shocked that I blurted our ‘really’. My eyes got teary and said ‘yes’. It was one of the best nights of my life. I loved telling our family and friends in the following days. 4. Tell me the one thing you love most about each other.
Quentin: How caring Natasha is towards people. She would do anything to help someone.
Natasha: It would have to be Quentin’s determination. If he gets an idea in his head, it will only be a matter of time before it is accomplished. His latest would be – the new exhaust on his commodore. 6. What do you most want to remember about the two of you right now, when you look back in many years’ time?
We want to remember how happy we were. How much fun we have had making plans for the future – jobs, wedding etc, and being around friends and family and having their support and encouragement. 7. If you feel comfortable, share with us something silly or quirky the other person does.
Quentin: I can’t believe what Natasha eats – peanut butter and celery, avocado these are just odd, she always orders odd meals that I hate having to say if I am ordering.
Natasha: I laugh whenever we sit down to eat because there wouldn’t be many times that Quentin wouldn’t have tomato sauce on his plate. He jokes about having it in his ute, but one of these days I am sure it is going to end up in there. I am super excited about your wedding day Natasha & Quentin, the locations you have picked are going to be fantastic and Natasha you are going to be stunning… Cant wait to see you both again in a few weeks… xx