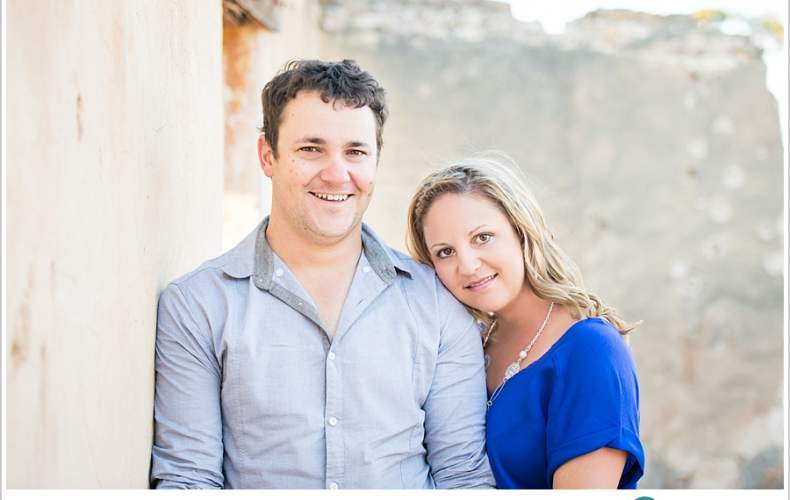 Andrew and Steffi met in Ceduna, on 5th of October 2007 after the local Ag Bureau sticky beak day. At the time Steffi was working as an Au-pair on a local family farm where some of the sticky beak day was being held – and Andrew couldn’t help but notice her. “I couldn’t quite concentrate on the talk which Noel was giving because Steffi came rolling up on the quad bike and stood right next to me!”

Later on when hey went to the pub, Andrew could barely see Steffi through the knot of blokes. “As I made my way toward the bar, I realised why! I couldn’t quite muster the courage to do anything other than a bit of small talk. After getting her number off of my brother, I asked if she wanted to go to the beach the following day.” Steffi said yes….and it wouldn’t be the last time! 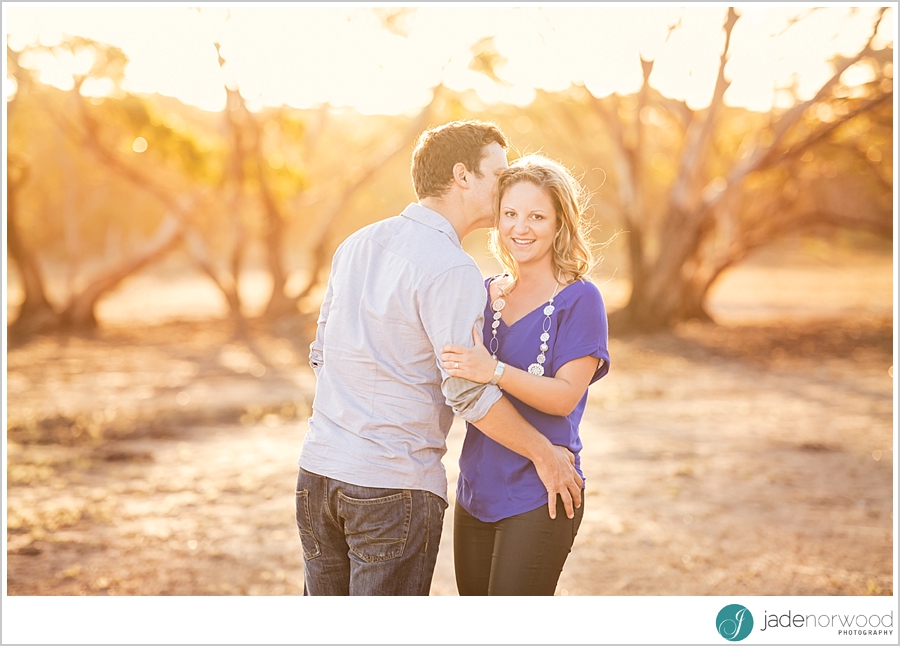 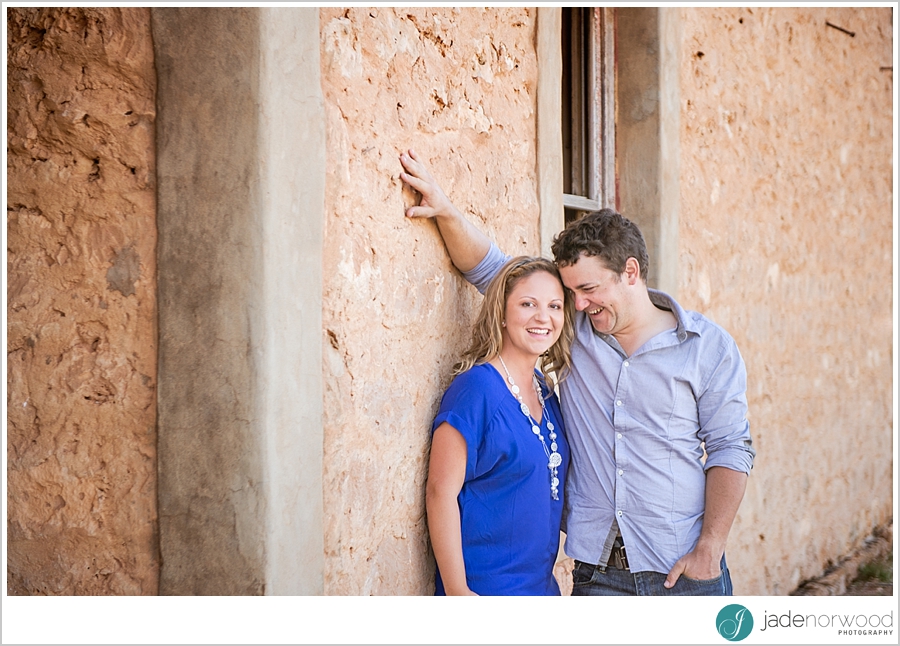 Steffi was back in Germany studying when Andrew realised he couldn’t live without her any more, and he went on the hunt for an engagement ring. When she came back to Australia in late August, the idea was planted, and Andrew took the chance to propose on 5th of September 2009. “I was pretty nervous because I hadn’t decided how to do it. I carried the ring in its box all day. As she ducked off to the toilet, I bought a beer each and put the ring in her stubby holder. As she slid her beer in she realised there was something in the holder. I will cherish the look on her face after she realised what it was forever!”

“The proposal was an absolute surprise because I had only been back in Australia for one week when Andrew proposed.” Steffi said. “I was very excited to go travelling to Birdsville with Andrew and his family, and couldn’t forsee anything like that! Andrew bought a ring for me and it fitted perfectly on my finger’”.

Steffi and Andrew are set to have their Australian wedding at Ceduna in April of this year and in the lead up have had an engagement shoot with a twist! Steffi says “we decided to get (our engagement shoot) by Jade because she is by far the best local photographer and the photos are amazing’. What a compliment! 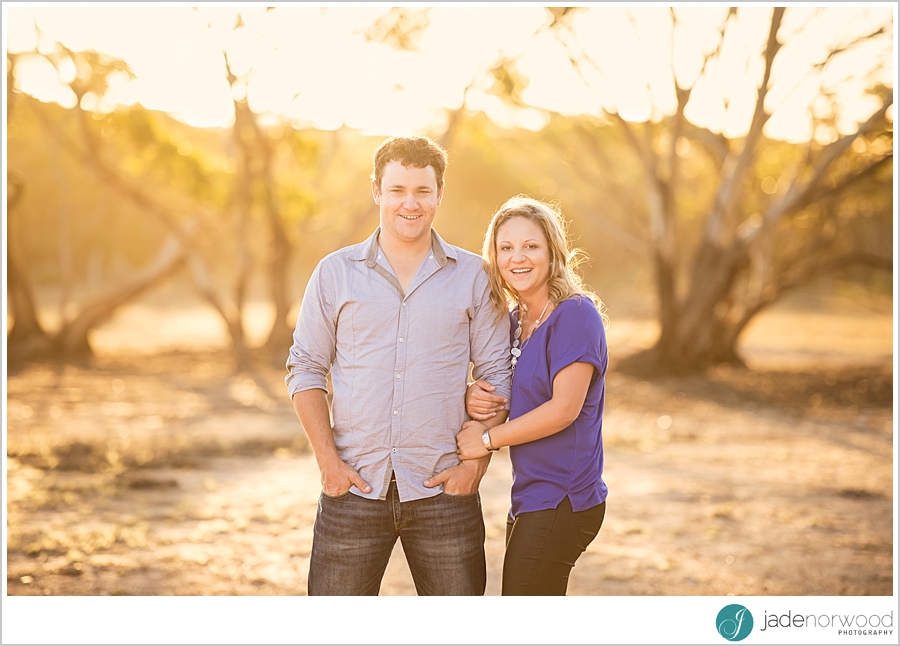 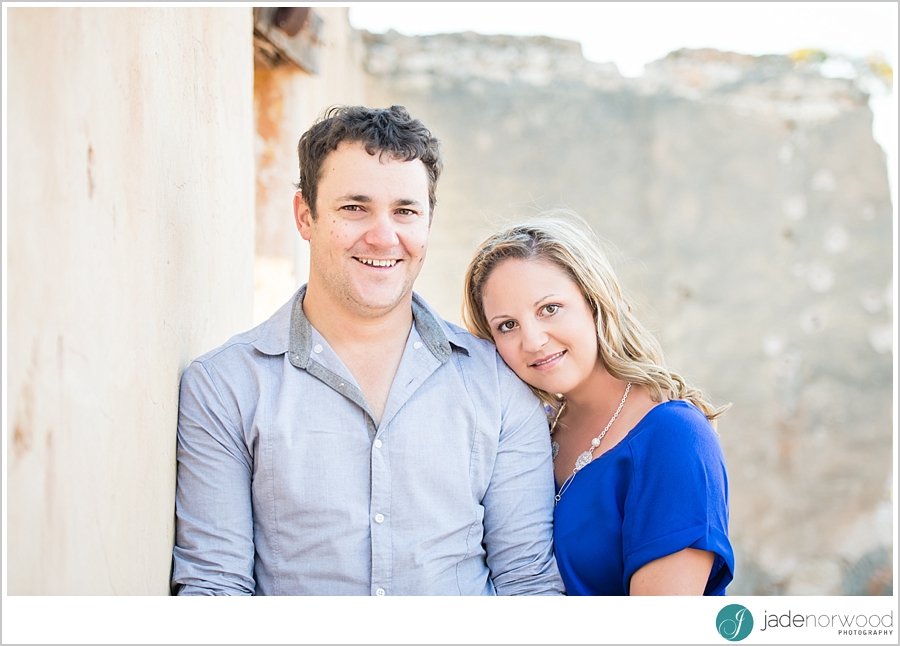 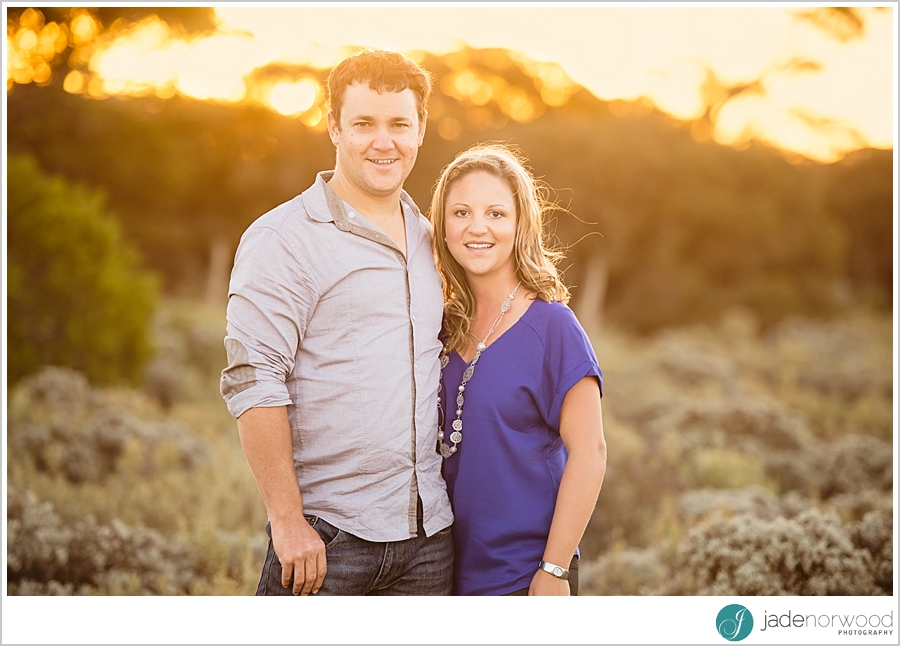 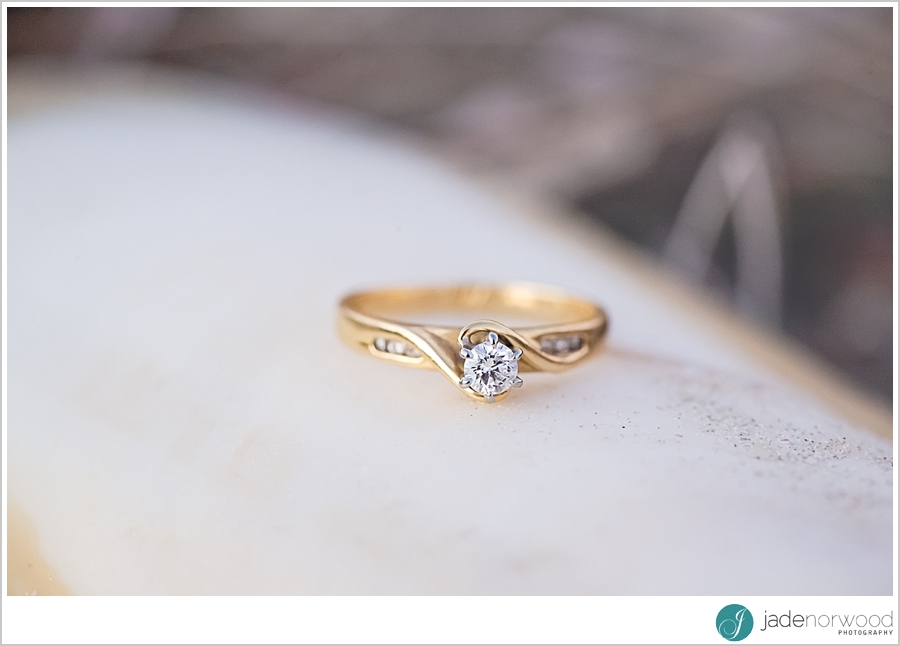 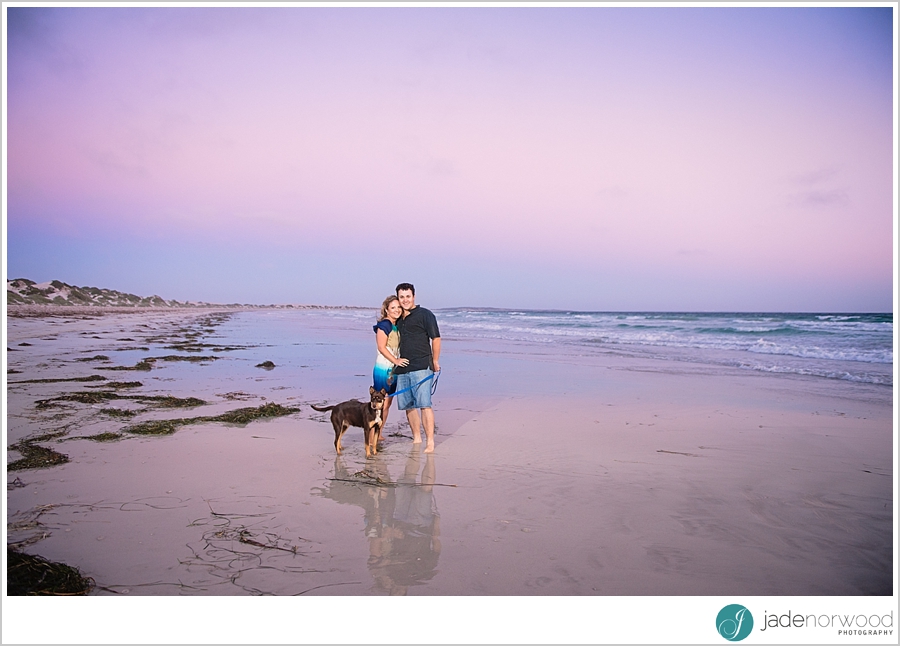 They wanted to incorporate a horse into their engagement shoot, and found a lovely horse to snuggle up to…or so they thought. Jade was helping Steffi onto the horse when all of a sudden it pulled back, the moment is mostly a blur but Andrew got major rope burn and both horse and Steffi went to the ground! (Don’t worry; neither were hurt during the shoot!). The engagement shoot was delayed as they headed inside to remove the fresh dirt. “They were both such troopers, tough as!” Jade said, “we got in the car and continued on our way to the rest of our locations!” 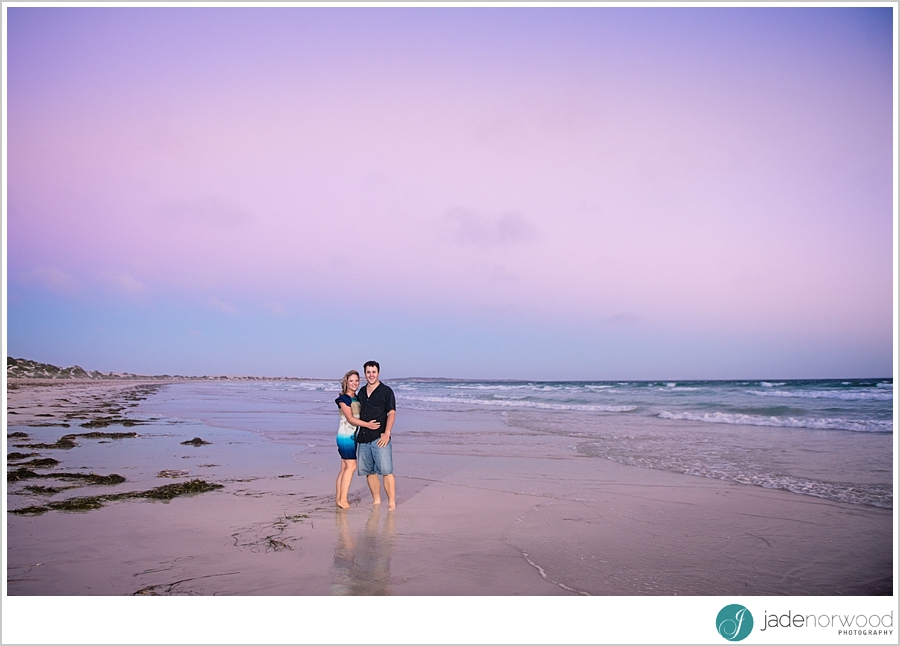 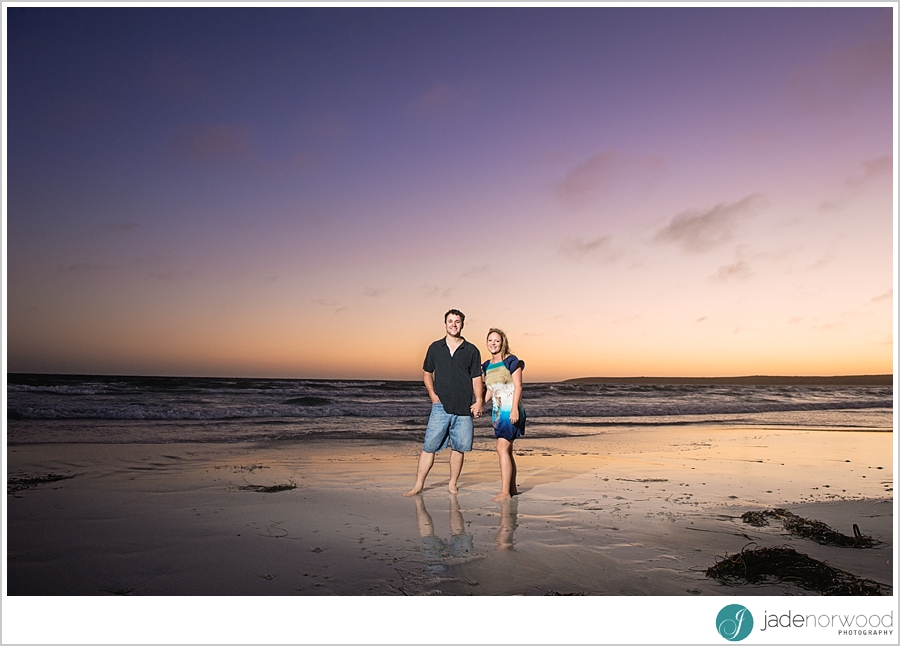 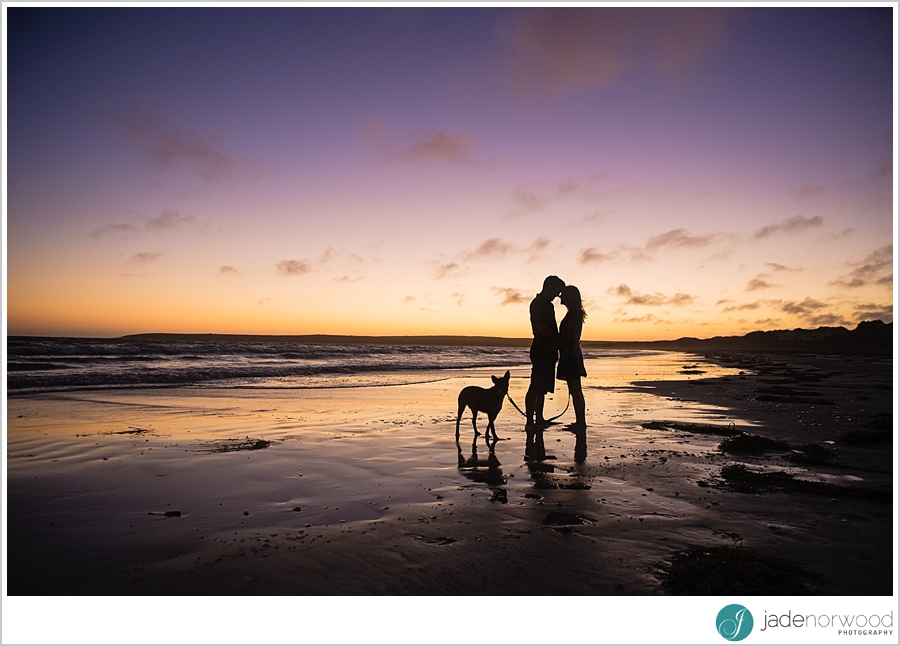 It was just another memory to add to their bank. “We have done so much together since we met nearly seven years ago,” Andrew said. “I never want to take any of our memories and experiences for granted.”

“We have achieved so many things together and I can’t wait to spend the rest of my life with Andrew.”Steffi says. We can’t wait to share the images from their wedding day, as well as more of their beautiful story.  The countdown is on!

I love being an Adelaide wedding photographer, and being able to share your special moments of love and emotion through your wedding photography. To then meet with you again for your newborn and family photography is an honour, but to make lifelong friends through doing what I love - that is what I treasure.